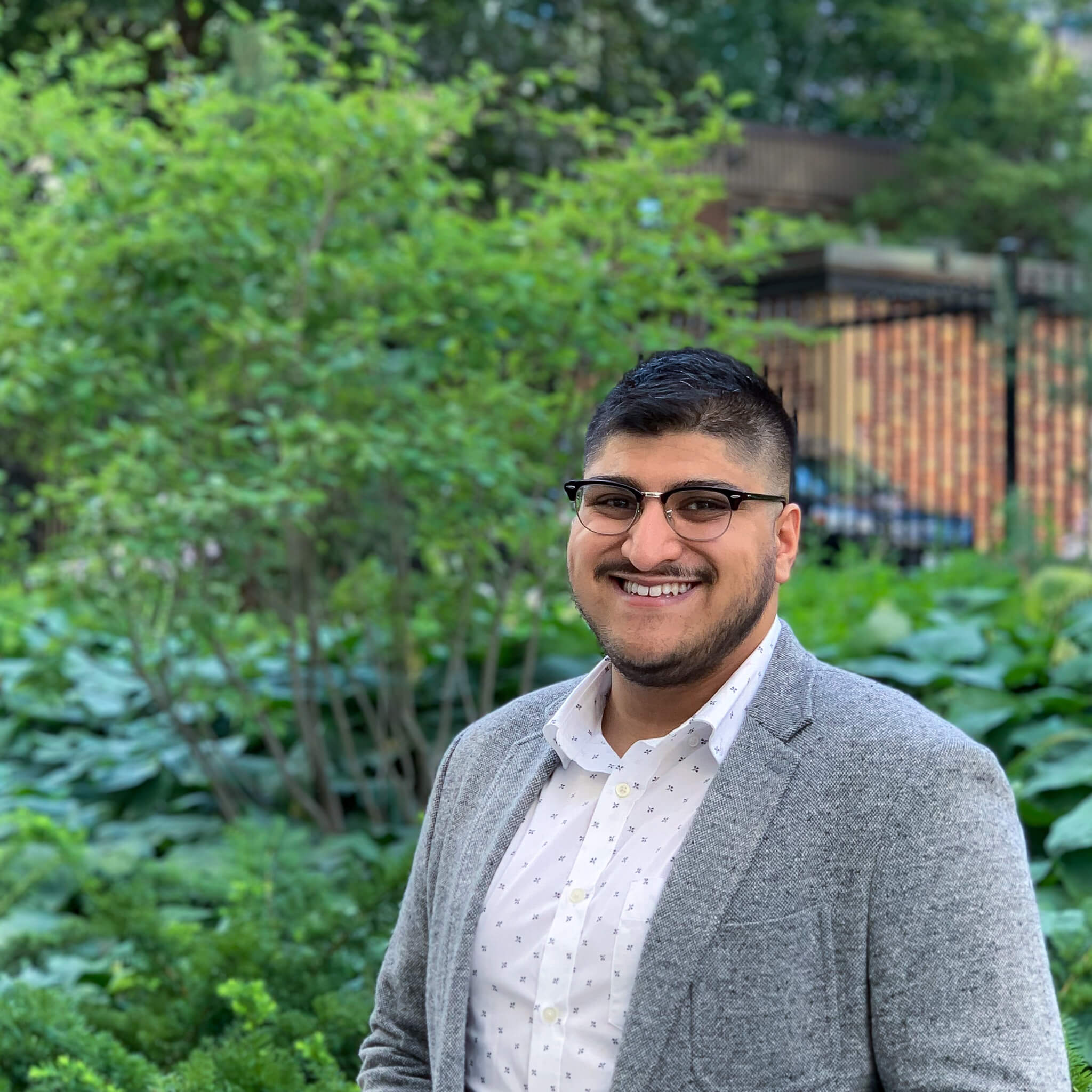 Chair of the Board

Arjun Dhanjal (he/him/his) is a Technology Project Manager at TD Bank Group in Toronto. He graduated from the University of Western Ontario with a Bachelor of Arts in Media, Information & Technoculture in 2017, and has returned to working in technology since graduating. Arjun has a combined 10 years’ experience in the technology industry.

Arjun served as a student trustee for the Halton District School Board from 2012-2013, and has been involved with OSTA-AECO in a leadership capacity since his return to the organization in 2014. As a member of the Board, Arjun oversees the communications/public affairs and technology portfolios for OSTA-AECO.

Arjun is an advocate for queer issues and visibility in his personal and professional lives. Embodying a politic that empowers folks who have been historically and contemporarily oppressed—through a social justice lens—is central to the way he sees the world. 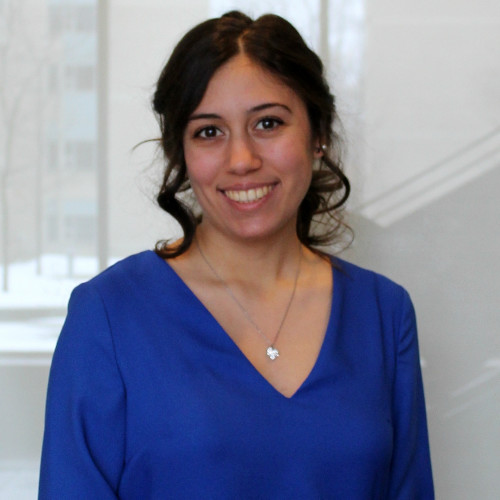 Vice-Chair of the Board

Carina Gabriele (she/her) is an education advocate, feminist, and policy specialist passionate about advancing gender equity. She holds a Master of Education in Education Policy from the University of Toronto, and a BA in Women’s Studies and English Language and Literature from Western University. At Western, Carina served in a number of elected leadership positions and worked on multiple gender-equity projects in the London community. After graduating, Carina was elected as an Executive Officer of Western’s student union. In this position, Carina created the student union’s Women in House program in collaboration with federal Members of Parliament, designed and implemented a free campus menstrual equity pilot program, and advocated against campus gender-based violence.

Professionally, Carina has worked on Courage to Act, a multi-year project to address and prevent gender-based violence on post-secondary campuses, and for then-Toronto City Councillor Kristyn Wong-Tam. She presently works for the federal government, advancing policy issues with a focus on diversity and inclusion. Outside of her work, Carina served as a Young Director for Fora’s Girls On Boards program, and presently serves as a Vice-Chair for OSTA-AECO and as a Board Member for People for Education. She is the recipient of many awards, including the Governor General’s Awards in Commemoration of the Persons Case for her work advancing gender equality in Canada, and Ontario’s Leading Women, Leading Girls award. 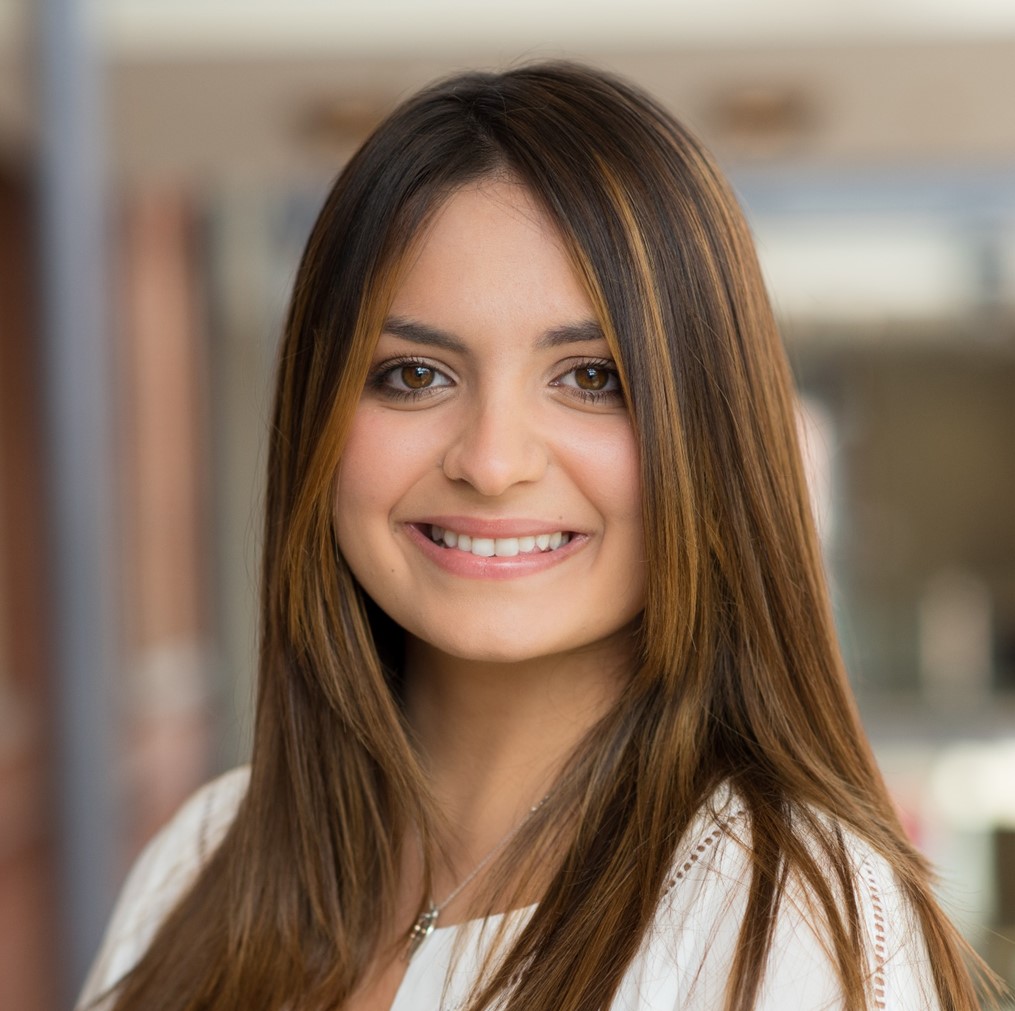 Kira Petriello (she/her/hers) graduated in 2021 with a Bachelor of Commerce (Honours) degree from the Smith School of Business at Queen’s University, with a focus in areas of business law and corporate governance. Kira served as student trustee for the Niagara Catholic DSB from 2016-2017 and continued to actively participate in student government during her time at Queen’s University. In her last year, Kira was appointed as Commissioner for the Smith Commerce Society and contributed significant EDII (Equity, Diversity, Inclusion & Indigeneity) reform within the program.

Kira is also a devoted advocate for justice and equity outside her university as she values the importance of giving back to her community. As a member of the Arif Merani Foundation, she has enriched her community by seeking justice for abused women and children as a partner of Gillian’s Place. Kira is excited to return to the organization in a greater leadership capacity, as the Treasurer of the Board at OSTA-AECO. In this role, she will ensure OSTA-AECO’s long-term financial security and maintain the stability of the organization through the highest standards of fiscal responsibility. 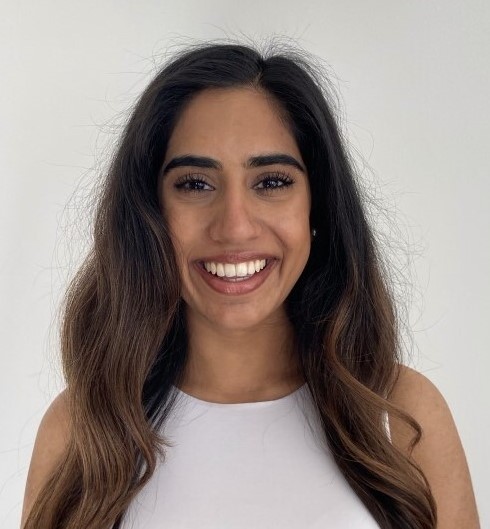 Harleen Arora (she/her/hers) currently works as a Brand Manager at Procter and Gamble in Toronto. She graduated with an Honors Business Administration from the Ivey Business School at Western University, in 2020. While at Ivey, Harleen served as the Vice President – Finance of the Women in Management Club, as well as the Logistics Committee Lead for The LEADER Project, an Ivey student-led, overseas economic development program that teaches and coaches aspiring entrepreneurs in developing countries.

Harleen served as a student trustee for the York Region District School Board and Public Board Council Vice-President on the OSTA-AECO executive council during the 2015-2016 school year.

Prior to her current role at P&G, Harleen has had experience working in healthcare, business development, and economic development. 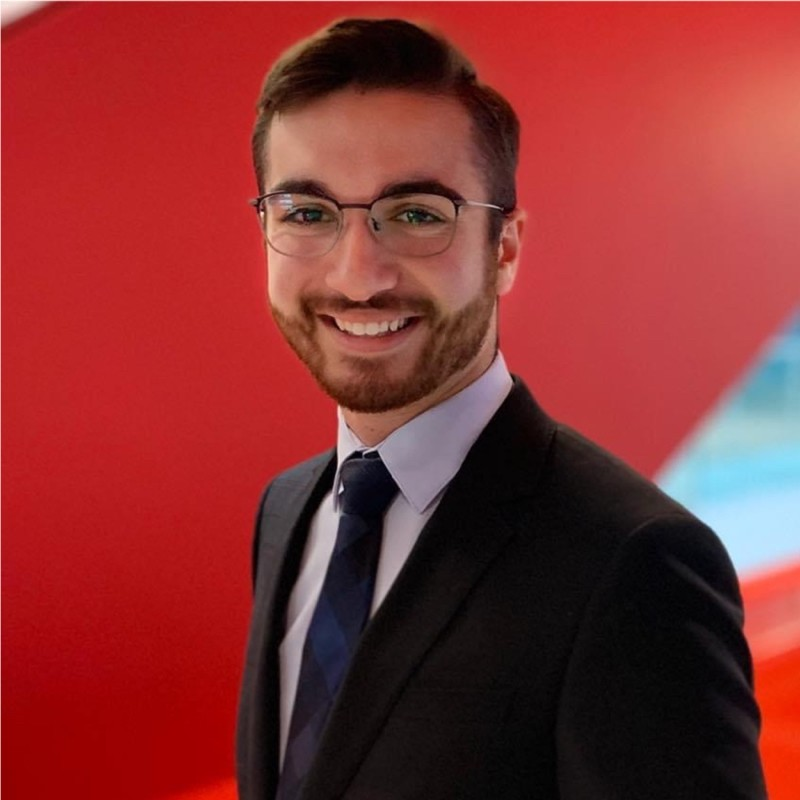 Kayvon Mihan (he/him/his) currently works as a Strategic Finance Analyst at Shopify. He served as a student trustee for the Ottawa-Carleton District School Board from 2015-2017 and as President on the OSTA-AECO executive council during the 2016-2017 school year.

Kayvon graduated with an Honors Bachelor of Commerce from the Smith School of Business at Queen’s University, where he also served as Chair of the Advisory Board of the Smith Commerce Society and worked closely with executive and society members on policy mandates surrounding the topics of financial stewardship, inclusion & diversity, and the digital transition during the COVID-19 pandemic.

Prior to working at Shopify, Kayvon worked in Investment Banking where he contributed to M&A advisory mandates, and held previous internships in Risk Consulting and External Audit. 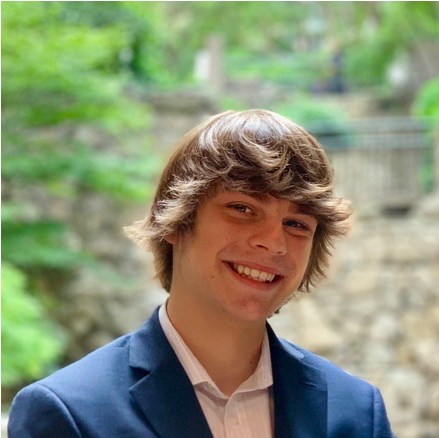 Cameron Prosic (he/him/his) is a second year student at McMaster University studying Psychology, Neuroscience and Behaviour as well as Mental Health and Addictions. Cameron served two terms as a student trustee at the Hamilton-Wentworth District School Board from 2017-2019. He was elected public affairs coordinator of OSTA-AECO from 2018-2019, and was appointed chief executive officer of the organization from 2020-2021.

Cameron currently works for St. John Ambulance as a first aid instructor and medical first responder, and also runs a trades business employing 8 full-time students. Cameron looks forward to coaching and mentoring the executive council, as well as supporting governance and infrastructure. Cameron is also heavily involved with technology management, and hopes to apply his experiences both in the health & safety and private business sectors to support all members of the organization in fulfilling their roles. 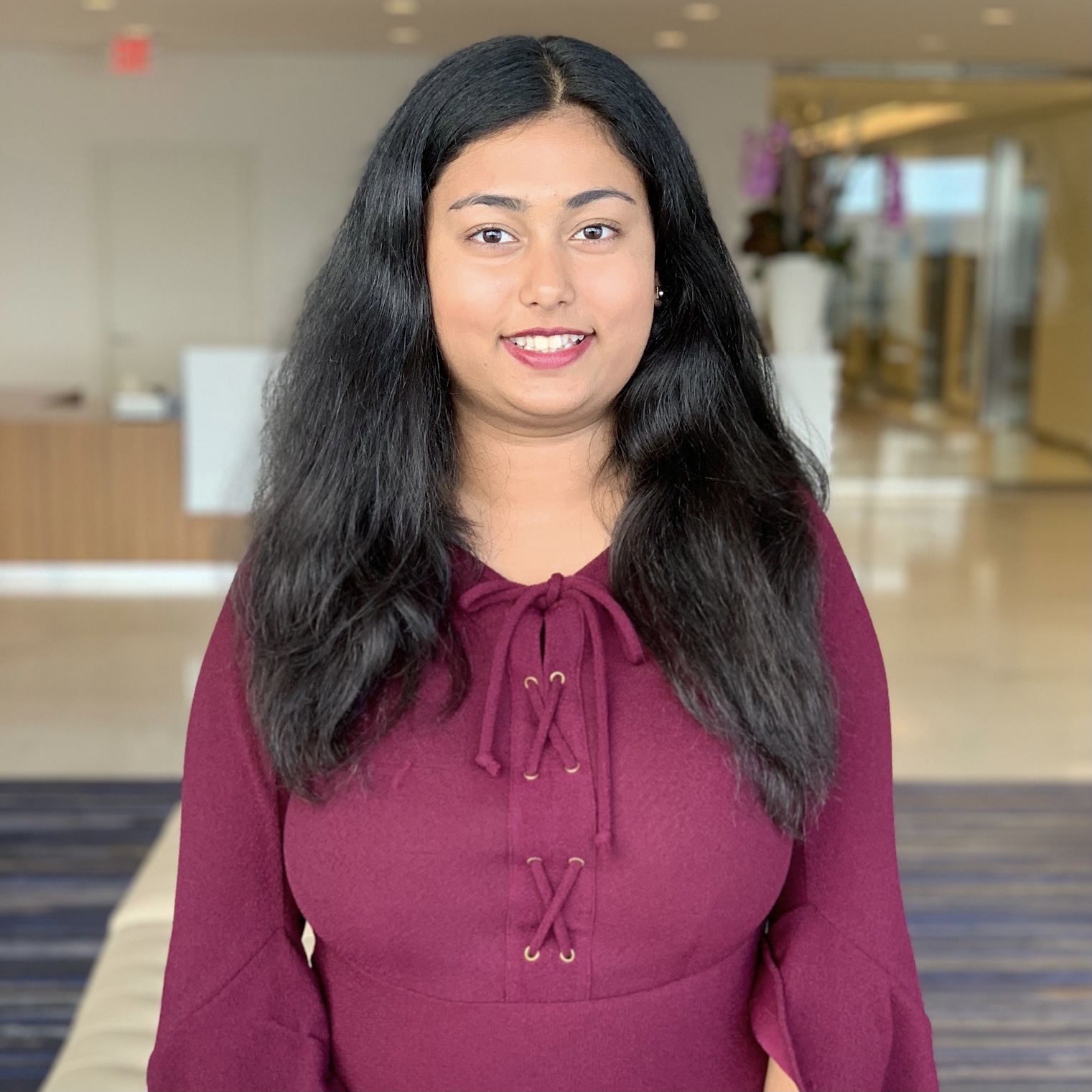 Amal Qayum (she/her/hers) is a second-year student at Western University studying International Relations with the plan of starting at the Ivey Business School in her third year. She served as a student trustee for the District School Board of Niagara for two consecutive terms from August 2017 to July 2019. During Amal’s terms, she served as the Professional Development Coordinator and President of the association. In her position as Director of Logistics, Amal is excited to plan and execute the 20th anniversary gala to celebrate all of the great work done by association. 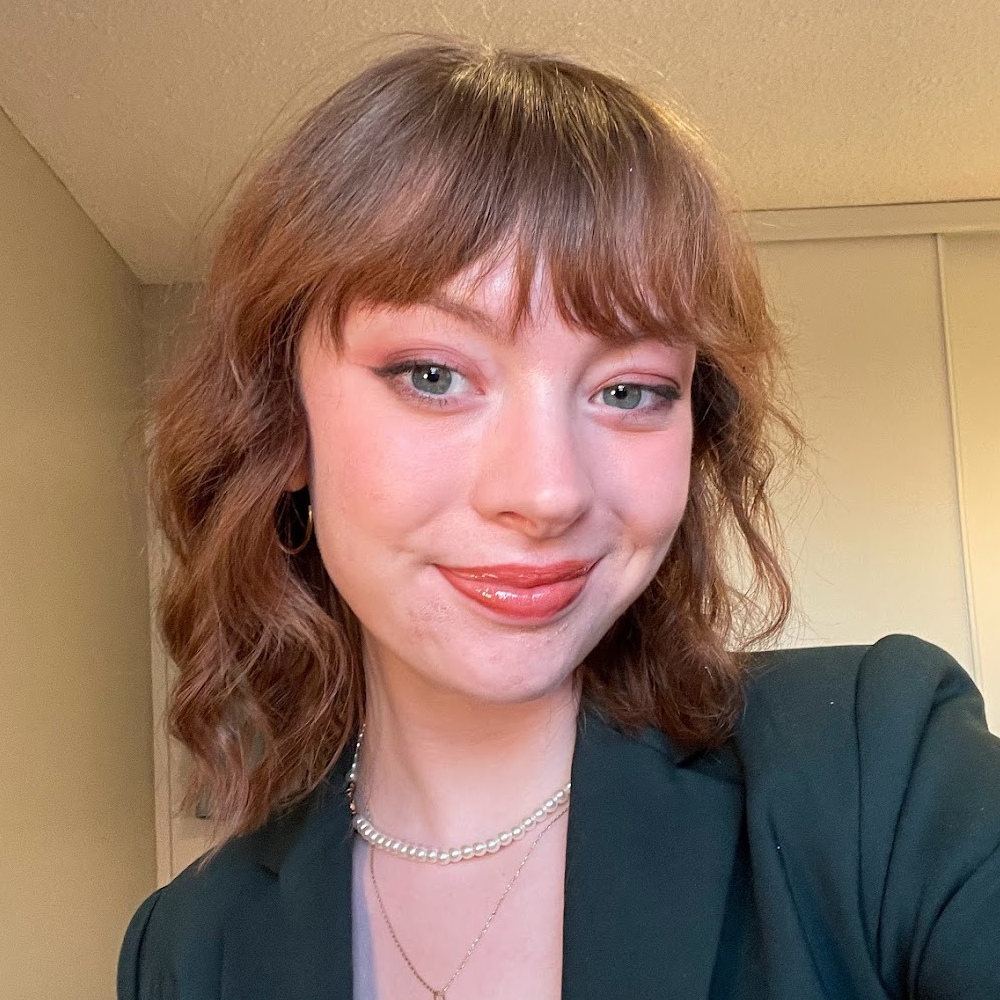 Lindsey Keene (she/her/hers) is a Public Affairs and Policy Management student at Carleton University and a Junior Project Officer with the Canadian Border Services Agency’s Traveller Transformation Branch. She served as a student trustee for the Kawartha Pine Ridge District School Board from 2017-2019, and Public Affairs Coordinator for OSTA-AECO from 2018-2019.

Prior to working with the CBSA, Lindsey worked with Together We Rock! Inc., a company focused on creating accessible and inclusive communities. She was Director of Publishing for the Kroeger Policy Review from 2021-2022. When she’s not working, she is actively engaged in the arts community in musical theatre productions.

Lindsey is thrilled to work with the talented and capable individuals on the Board of Directors. She is committed to contributing to an organization that is equitable, inclusive, and accessible to all student trustees. 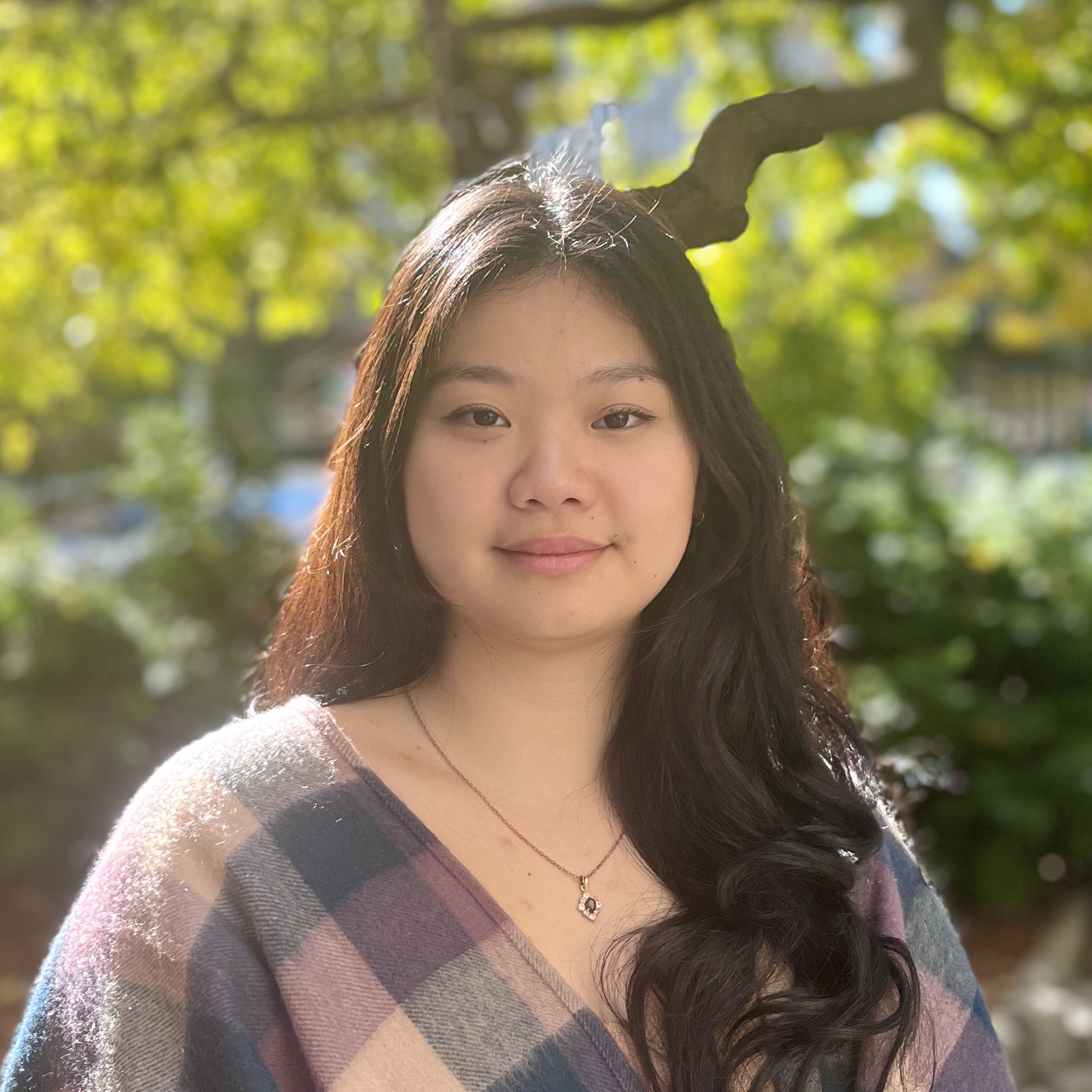 Arlene Wang (she/her/hers) is a student at the University of Toronto studying sociology, computer science and education. She served as a student trustee for the Durham District School Board during the 2019-2020 school year. In her year as Media Design Coordinator for OSTA-AECO, she redesigned the organization’s logo for the first time in over a decade. She returned to OSTA-AECO as brand manager for 2021-2022, where she formalized a content review process, further developed accessibility and social media guidelines, and led the launch of the merch store.

Arlene brings her communications experience to the intersection of human computer interaction. Currently, she is the Director of External Relations for the Women in Computer Science chapter at UofT. She is committed to reflecting diverse audiences in online interfaces within and beyond the organization, alongside her board members. 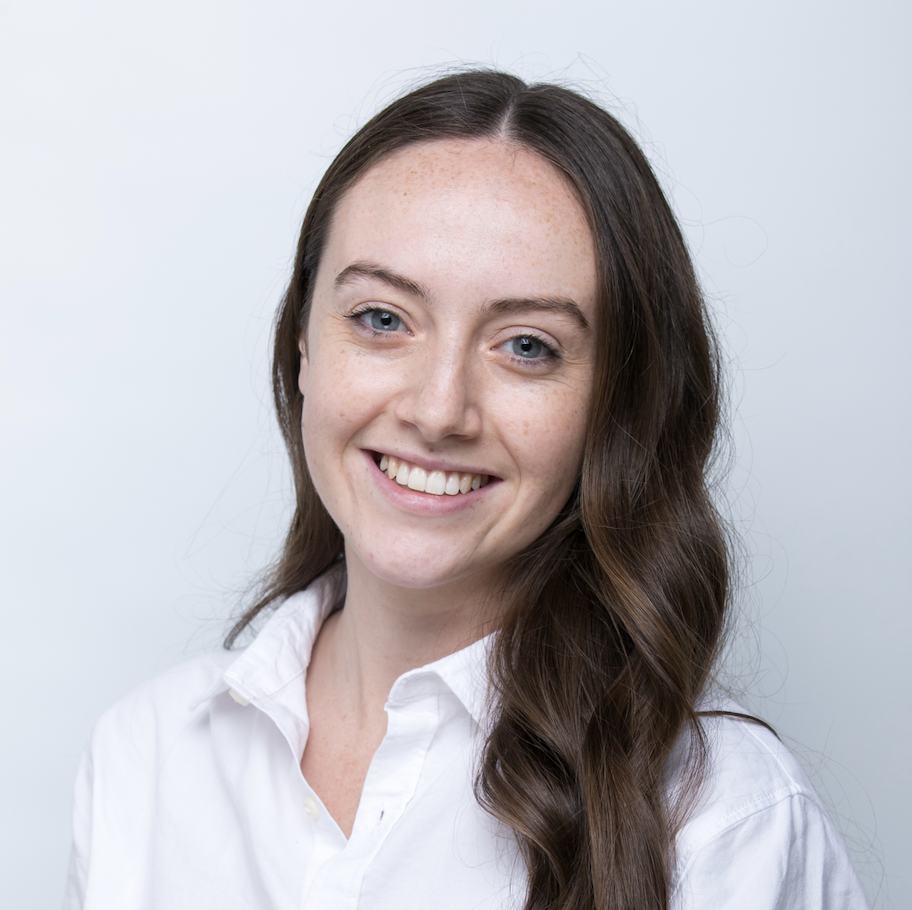 Hannah Tobias-Murray (she/her) served as a student trustee for the Hamilton-Wentworth District School Board from 2014-2016 and as the Chief Executive Officer on the OSTA-AECO Executive Council during the 2016-2017 school year.

She is currently a student in the Master of Global Affairs program at the University of Toronto. She also works for Employment and Social Development Canada supporting change management projects and developing change management communications materials related to technology transformations within the department.

Before attending Munk, she completed her undergraduate degree at Western University in International Relations. After graduating, she served a one-year term from 2020-2021 as the Vice President of Student Support and Programming for the University Students’ Council at Western University. In this role, she  helped the organization navigate challenges related to COVID-19 and reimagined 17 different student services and programs to meet student needs in the COVID context. This included the execution of Western’s first hybrid virtual and in-person Orientation Week.